ELECTRIC AVIATION COMING TO A SKY NEAR YOU 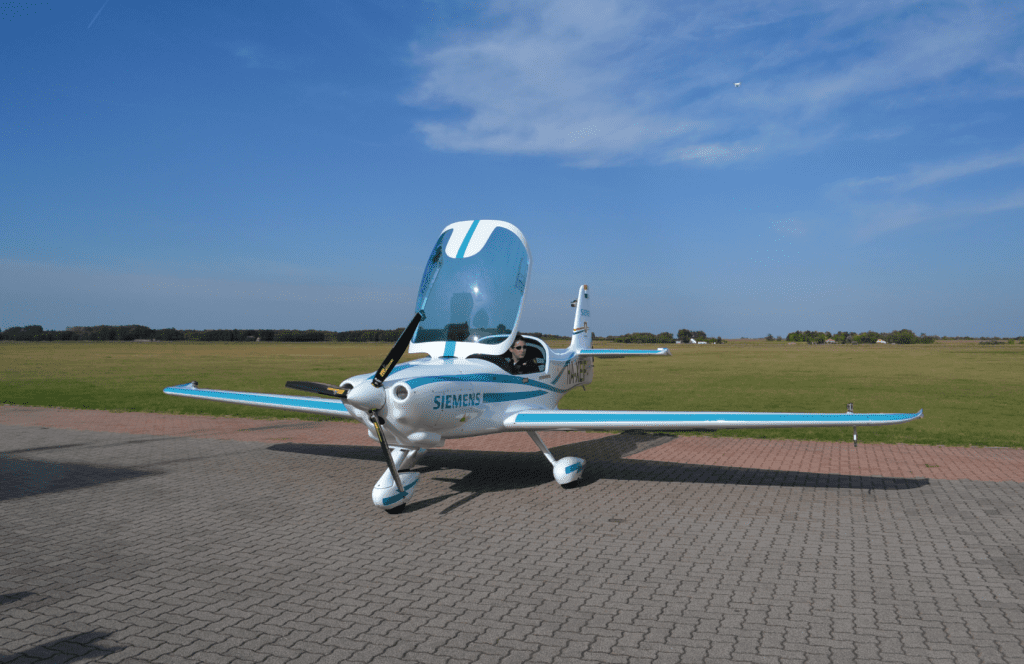 As the automotive world moves towards the use of electric motors to supplement, and even fully replace traditional engines, it’s no surprise to see the technology making its way into the world of aircraft design. Hybrid and fully electric aircraft were recently the talk at the Siemens Innovation Day held in Chicago.

This event was put together to help highlight the company’s move towards the electric arena. The company used the opportunity to show the electric GA aircraft to the North America market. This is a Magnus LSA powered with a 55-kW Siemens electric motor.

An Industry Moving Towards Change

“The electric powered means of transport are the future of both environmental protection and travel.” -Magnus Aircraft

Vice President of Siemens’ Electric and Hybrid Propulsion division, Terry Hamlin, offered the company is not interested in moving into the mainstream OEM market, but they are hoping to become part of the movement toward the electric motor push. Their initiative is to work with other companies to design and produce electric propulsion systems. Some companies they are already teaming with are Airbus and Rolls-Royce to develop the eFan regional aircraft.

The company believes that the aviation industry is on the cusp of a major turn towards the use of electric systems. Hamlin offered that “One is a reduction in [fossil] fuel consumption. Another is a significant reduction in emissions that can only be met by really disruptive technologies. Finally, there’s the needed reduction in aircraft noise.”

General Aviation Manufacturers Association’s Vice President of Global Innovation and Policy, Greg Bowles, agrees that a big change is on the way. Bowles manages the association’s committee for electric propulsion and innovation.

During the event in Chicago, Siemens expressed that they believe electric motors will become the industry standard as soon as 2050, with the movement well underway already. 2050 may seem pretty far into the future, but considering the amount of planning, development, and painstaking approval processes, it’s nothing more than a blip in time away.

Hamlin addressed that the market will have to ramp-up to the certified electric system in the next three years, or even before the end of 2020. It will take a strong partnership with OEM manufactures to bring electric integration to the marketplace within the hopeful timeframe.

At the Siemens event, the Manus and Extra 330LE were the stars of the show The Extra was used in 2017 to set the world speed and climb records for electric airplanes. Completely electric powered, the Extra can reach a top speed of 211 miles per hour, with a climb capacity of 9,800 feet in 4:22 minutes.

The cyber and physical worlds are being blended into the production process in order to reduce time to make parts needed for the electric motors. Parts are being refined like the bearing shield for the Extra’s 330LE electric motor, which offers a weight reduction from 25 pounds to only nine, to optimize the design. It’s these little facets that are going to enable the technology to reach the mainstream and pass stringent regulations for aircraft safety. Every R&D dollar spent by Siemens is being used to increase power and reduce weight and draw on the battery.

“People wondered what good jet engines would be on straight wing aircraft or an aircraft that only flew at low altitudes demanded where jet power plants were quite inefficient. We simply designed aircraft that could take advantage of those new technologies. We need to think of battery power the same way. What additional advantages might electric offer us? Although electric motors become less efficient at very low speeds, they can make torque down to nearly zero RPM.” Bowlers said to the naysayers of electric technology.

Currently, the standard battery can only carry an aircraft for an hour of flight, but capacity will continue to increase each year. Argon National Labs expect to see a 3-5% improvement annually in battery density. Outside of increasing flight time in order to please the mainstream, there are a lot of regulatory hurdles in the automotive industry that will consume a lot of time for engineers. Current FAA definitions restrict the use of flight training with these planes in the United States. While the industry faces a lot of challenges, the technology is most certainly on its way.

A Note From SPI Borescopes

Here at SPI Borescopes, we are on the side of progress when it comes to the technology in the aviation fields. We have seen the impact of transportation on the environment, and are in full support of technology that could offer an alternative to traditional engines. Do we think electric motors will completely take over the skies? Probably not in the next century, but even a few more options and alternatives is a huge step forward.