[dropcap]S[/dropcap]oon, the transport industry will comprise of flying human beings. It is safe to state that ‘super-humans’ will be a thing of the norm. The development of jetpacks has enabled us to fly thus making this phenomenon a reality. People will be moving from one place to another by just wearing a backpack then lift-off.

Currently, production of jetpacks is by amateur investors and emerging companies. This jetpack technology once improved, will be rolled out to the public. The movement will be swift and through the air. Aviation laws will be revised to cover this upcoming technology. The regulations will promote safety and security to aerospace users.

The Man Inside the Suit 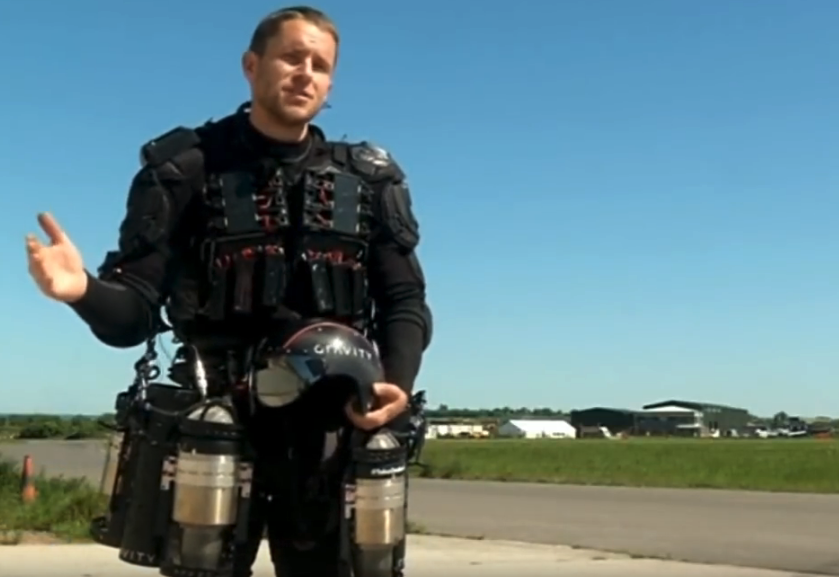 Inventor Richard Browning also called the real-life ‘iron-man.’ Through his company, Gravity, he has produced a jetpack that enables humans to ‘fly.’ The jet-engine powered jetpack produces eight hundred horsepower. It consists of six gas-turbines, two at the back and two on each arm. The jet-suit comprises protective gear due to the high heat produced by the engines.

With time, the human body adjusts itself to flying, and the hands can adapt themselves to the movements subconsciously. Browning states that riding the jetpack is like riding a bicycle in three dimensions. One falls at the very fast attempts and then with time and practice, it becomes effortless to ride. With this, people are going to buy these devices at the stores and start using them with very little training.

Real-world Applications for the Jet Pack

Apart from moving from one place to another, the devices will be used for search and rescue operations. The jetpacks can be employed to access areas which are not accessible through any other route apart from above. The fire brigade and the police can be trained to use the jetpacks and then they will be able to perform search and rescue missions with ease.

Jetpacks are essentially a high-end jet-ski. The purpose of a jet-ski is to have fun. Therefore, most people will use jetpacks to have fun. Currently, performance shows of flying humans is a business, and the individuals go by rocketman. This franchise comprises of people who are paid to entertain others by showing off their jetpack riding skills.

The jetpacks will be an easy way of moving from one place to another. However, people have to be able to afford them and acquire the skills to create order in a transport system that will not have distinct lanes. Currently, the jetpacks are very expensive and not affordable to the general public.

Have you ever wondered how it would feel like to fly? Well, have no fear, your answer is right here. Jetpacks will enable humans to fly from one area to another. Jetpacks are the future of the transport industry. Transport on land will reduce, and the air will be more preferred for transportation.

The improvements that need to do on the jetpack technology should include making it safer for use. Safety can be enhanced by using the fuel that burns out fast thus does not pose a danger to burn the person using the pack. Green fuel should be incorporated into the jetpacks to reduce pollution caused by the devices.

Jetpacks also need increased flight-time. This is to increase the time that one can be air-bound with the slightest amount of fuel in the tank. Like any technology, the packs also pose a danger to the users. Accidents and risks that one is exposed to when air-bound are considered by the companies which are developing the packs. Due to the use of fuel, disasters such as explosions are assessed, and the risks managed.

The jetpack technology will transform the way people travel. It may pave the way to the development of flying vehicles, which has been in the works of fiction from way back. Let’s state that the future is here with us and we must be ready. The jetpacks come at a time when technological advancements in the aerospace industry are at its best.